5 of the Best Dog Friendly Beaches in Cornwall 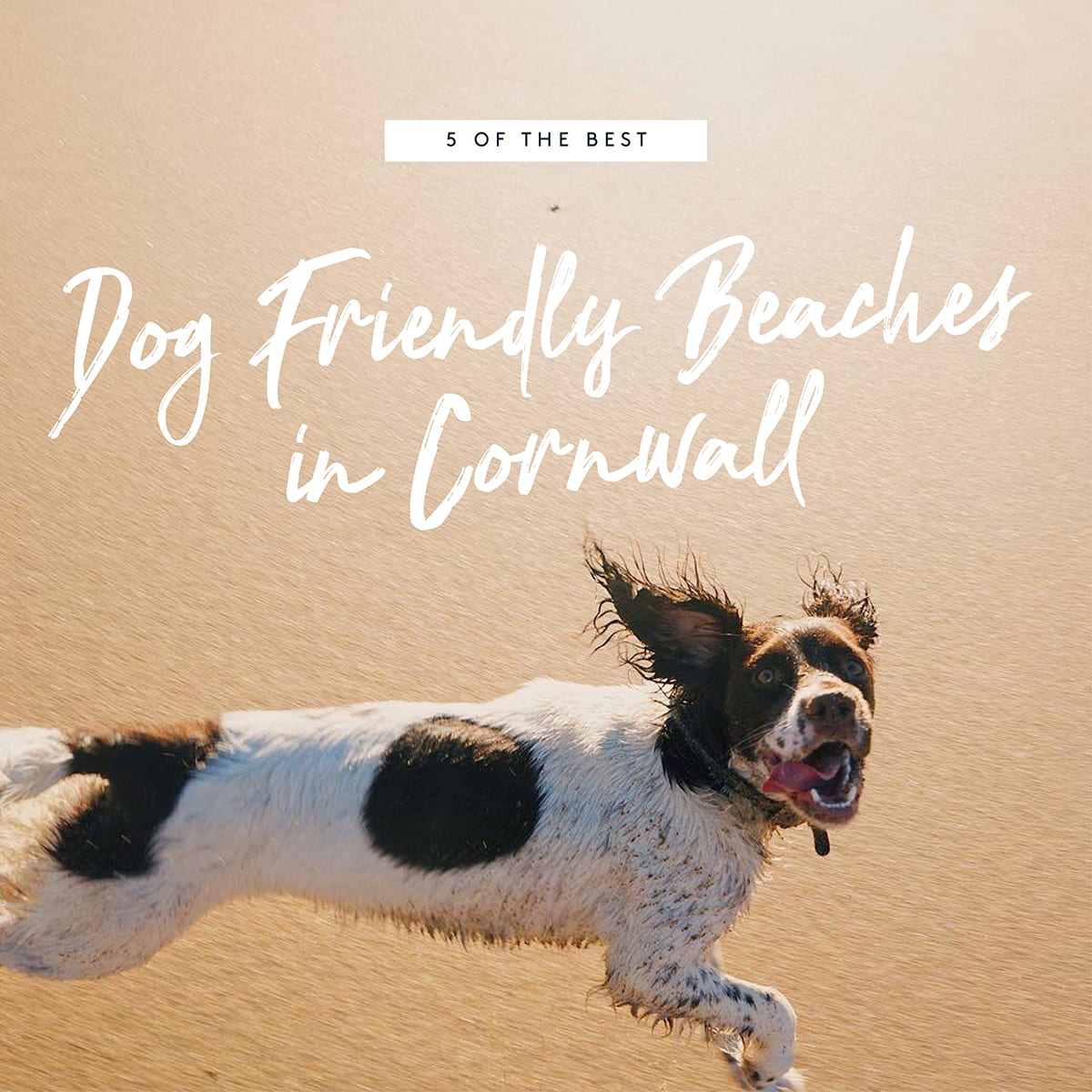 When it comes to dog-friendly breaks, Cornwall has plenty to offer. With a choice of sweeping sands, cute coves and wild cliff paths, there’s plenty for you and your pooch to discover. We’ve rounded up our top 5 dog-friendly beaches near Penzance, which allow dogs all year round, so they never have to miss out on the fun! All of our recommendations are located around 20 – 25 minute’s drive from Penzance. 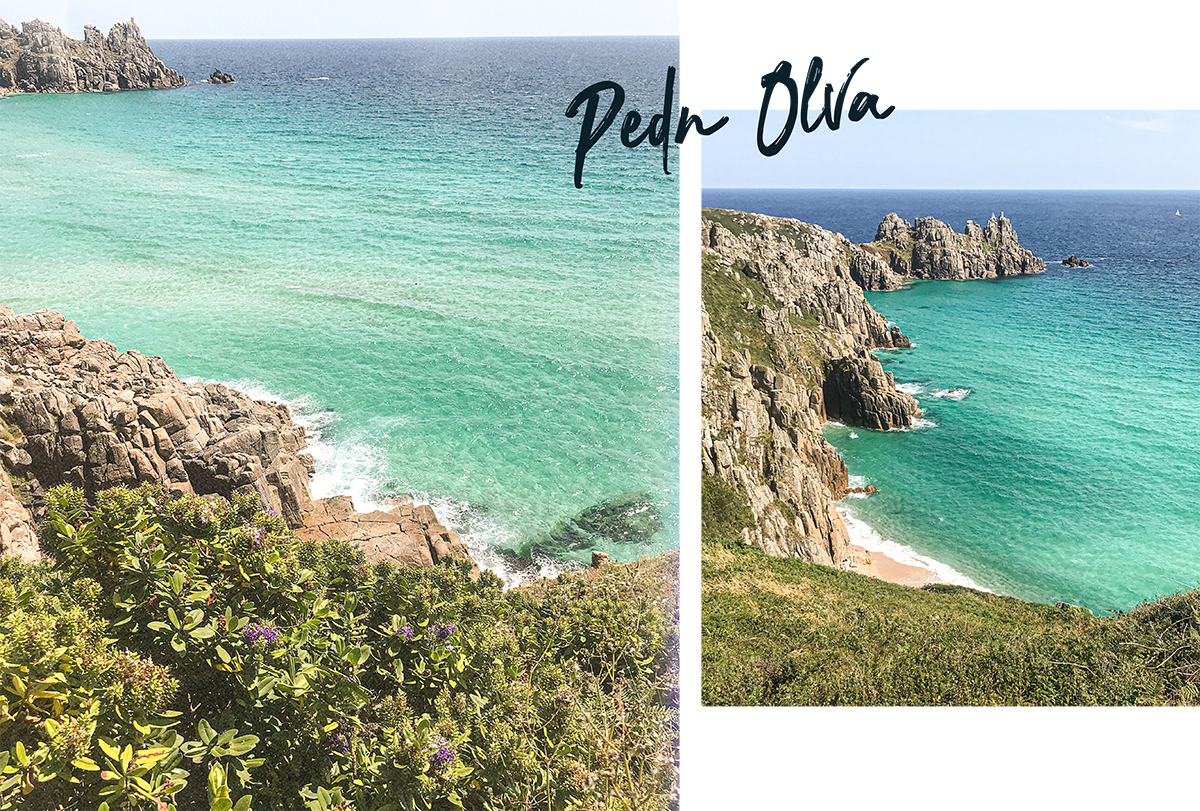 As one of the closest beaches to Artist Residence Penzance, you could say that we’re biased, but how can you argue with THAT blue?!

The little sister of the bigger Porthcurno, long famed for its stunning turquoise waters and the Minack Theatre nestled up in the cliff, Pedn Vounder is the ‘hidden gem’ tucked away to the East. With crystal clear water, lovely soft white sand and dramatic granite cliffs, this is arguably one of Cornwall’s most beautiful beaches, and has recently made its way onto the tourist trail after a  moment of fame in the recent TV adaptation of Poldark.

Accessible via the cliff path from Porthcurno, or from Treen village, this makes a great pitstop after a dog walk – like this route, taking in the cliffs, coves, surrounding countryside and a dog friendly pub too!A word of warning though, the cliff path down to the beach itself is very steep and the tide can come in quickly. If the weather looks bad it’s best to stick to the cliff path.

Best for: Watching the surf

Located at the bottom of a steep path through granite cliffs, Gwenver is the quieter neighbour of the bigger Sennen beach. With golden sands and beautiful turquoise water on a sunny day, it’s an idyllic spot for a dog walk. The beach is one of the best surfing spots on the West Coast, with large waves attracting seasoned local surfers – the perfect entertainment for your walk.

On a clear day, you may even be able to see the Isles of Scilly from the cliffs. For a longer walk you can walk 45 minutes along the cliff path to Sennen, where dog friendly pub, The Old Success Inn, makes a welcome stop for a drink before heading back.

Located between Porthleven and Praa Sands, Rinsey Cove is a small sandy beach tucked away beneath rugged cliffs and an old engine house. It’s a bit of a walk down through the rocks, but you will be rewarded with beautiful clear water and it’s usually one of the quieter spots of the coast. You can often spot dolphins too so keep an eye out!

There are plenty of rock pools and caves to explore, and your adventure can continue East along the cliff path to Porthleven – we’d recommend a pint at The Ship Inn, where dogs are very welcome.

Made famous by TV series, Poldark, Lamorna Cove is thankfully still unspoilt. For a great dog walk, head to the fishing village of Mousehole, just a 10 minute drive from Penzance, where you can join a footpath leading through fields and woodland down to Lamorna Cove. Return to Mousehole through the Kemyel Crease Nature Reserve.

Check out the route here. 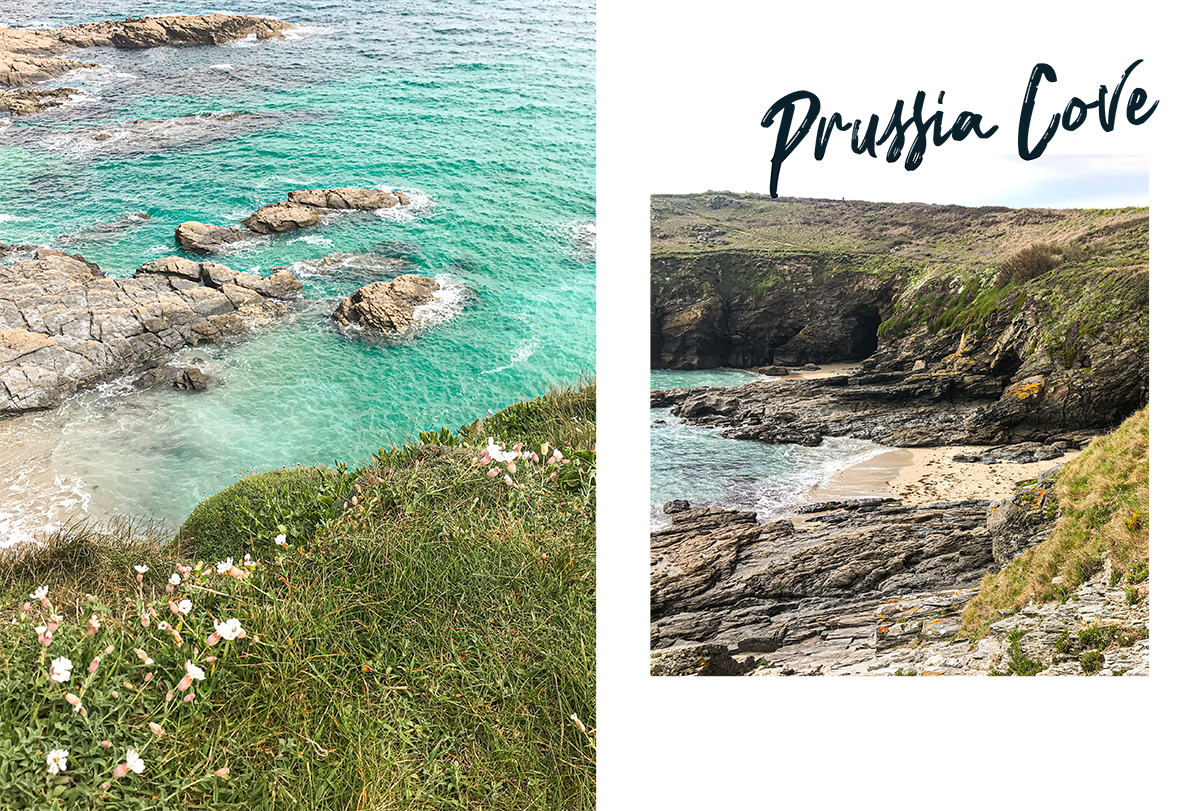 Best for: A bit of Cornish history

A pretty cove on the way to Helston from Penzance, Prussia Cove has a shingle beach, crystal waters and picturesque thatched cottages and fisherman shacks perched up in the cliffs. Once the home of the Carter family, who were smugglers in the 18th century, Prussia Cove feels like a slice of historic Cornwall.

The cliff paths around the cove lead to Keneggy Sands to the East, a stretch of golden sand that can get cut off by the tide, but is a beautiful place for a walk and a swim at low tide and is also dog-friendly. To the West you can access Pisky Cove, an even more secluded shingle cove where dogs love a good swim!

We hope you’ve enjoyed our guide and helped you plan some adventures! You can find our more about our dog friendly bedrooms at Artist Residence Penzance here.

Book This Offer Back

Sign up to receive fortnightly email updates on all things Artist Residence, from exclusive special offers to exciting happenings at our places.